Tor Eigeland is an internationally recognised photojournalist.  Norwegian born, Tor has had a long and distinguished career contributing to such prestigious publications as Time, Newsweek, Fortune, The New York Times, Rutas del Mundo, Aftenposten, Aramco World Magazine, National Geographic Traveler as well as ten book projects for the National Geographic Society’s Special Publications.  He is both a photographer and writer.

Educated at Oslo’s prestigious School of Commerce, at McGill University in Montreal and the University of the Americas in Mexico, Tor then studied at the University of Miami’s School of Photojournalism under Wilson Hicks, renowned former Picture and then Executive Editor of Life Magazine – the magazine of the day, along with National Geographic.  Tor has lived in various countries and speaks several languages, including some Arabic.  He is particularly at home in the Middle East and Hispanic worlds.

Modest about his achievements, and having been frequently away on assignments, Tor has rarely exhibited his work.  However, in 2013 he was invited by the Kon Tiki Museum in Oslo to show his photos from his time spent with the Marsh Arabs of Iraq, having visited shortly after the British explorer Wilfred Thesiger.  Tor’s unique photos of a lost civilization, taken for a Time-Life book half a century before the marshes were destroyed by Saddam Hussein, were published in late 2014 in his book ‘When all the Lands were Sea’.

Tor now lives in south west England where he has been working on a book, a lookback at his very full life.  Titled ‘Stuff Happens’ and illustrated with over 250 of his photos from across the world, it will be published in early 2022.

I was born in Oslo, Norway in 1931. That was where I spent my childhood.  I was an avid reader and spent much of my time curled up with a book. It was nearly always an adventure or travel book with tales of distant and exotic lands. I was fascinated with what was out there in the world and all that reading set a pattern for the rest of my life.   Hanging out around the docks in Oslo watching ships and their crews from far and wide had quite an influence too. 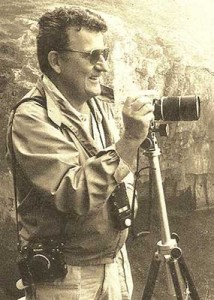 The result was that, at the age of 16, I managed to convince my parents to let me sign up as a deckhand on a Norwegian merchant ship. Looking back I can clearly see what a terribly difficult decision and an awful wrench this must have been for my parents, not least because it wasn’t long after the end of the war. Fortunately, I returned safely 8 months later, considerably more grown up, having traveled halfway round the world and back. Stopping at 22 ports, loading and unloading cargo, we visited North Africa, East Africa, Aden, India, Pakistan, Sri Lanka, the Philippines, Hong Kong and Shanghai in China. It was intensely exotic, fascinating and very hard work for a young person.  I got off the ship at every opportunity to explore the ports where we docked, taking in the sights and sounds of everything I possibly could. It was a baptism into a life of travel and foreign cultures.

I returned to Norway for more education but at the earliest opportunity I was off again. I went to Canada. Partly for adventure, partly to study at McGill University. To pay my way I took various jobs: bartender, ski instructor, lifeguard, installer of TV aerials, clerk for Cunard Steamship Company, chauffeur for a Canadian general, babysitter. And I worked in a gold mine in a small, rough, ‘wild west’ town in the far north of Quebec – which ended in disaster – but that and all these adventures are another story. 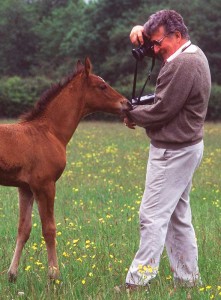 I decided to write about them. To my surprise and delight, Norway’s top newspaper, Aftenposten, published the first article I submitted to them. A kind of ‘Norwegian abroad’ story. I was 20 years old. Intrigued with the idea of putting pictures with some of my articles, I borrowed one hundred dollars from a kind person and bought myself a used Rolleiflex camera. It took me three years to repay that money. My newspaper articles led to a link up with CBC (Canadian Broadcasting Corp) and their weekly broadcast to Norway in Norwegian.

McGill University was good but Montreal was cold, even for a Norwegian. I could transfer my studies south, so I went to Mexico to what is now called the University of the Americas (then Mexico City College). This began my love of all things Hispanic which became a major part of later life.  Having started to contribute to a couple of other publications to earn my keep, and loving the work, I decided that the University of Miami School of Photojournalism was a good place to learn a lot more. I especially wanted to study with Wilson Hicks, renowned former Picture and then Executive Editor of Life Magazine – the magazine of the day, along with National Geographic.

To cut the story short, through my life long work as a photojournalist, in the sense of photographer and writer, I have been fortunate to see many of the corners of the world I dreamed of in those early years in Norway.  Apart from Canada, Mexico and Miami, then New York and Trinidad and Tobago, I also lived in Beirut.  This was a great base for local and international action including a fair share of conflict during my time there in the 1960s.  From Beirut I moved to Spain where I lived near Barcelona for twenty years then, after a couple of years in London, I moved to south west France for another good spell.  During all of this time I was often travelling with some of my longest assignments in my earlier years as a contributor to National Geographic book projects, ten of them in all.

I have enjoyed fascinating experiences thanks to my work. In 1987 I travelled the entire Silk Road from Istanbul to Hong Kong mostly by train and bus. I was one of the first to cross the border between the Soviet Union, as it then was, and China, on foot, carrying my bags.  I spent time with the Tarahumara Indians in Mexico, the Marsh Arabs in Iraq, the nomadic Bedouins in Saudi Arabia’s Empty Quarter and in the virgin rain forest in Borneo with a Royal Geographical Society project.  This last assignment, for the Independent on Sunday, was later published in six different countries. Perhaps a little less ‘exotic’ but equally interesting assignments over the years range from the Moorish influence in Andalusia, AIDS in Africa, various in depth travel features including the Fjords of Norway, Oman, the Nile and Egypt more generally. The Middle East has been a particularly important part of my life with numerous visits over the years.   I have also seen published a number of stories on gastronomy such as champagne in France, marzipan in Spain, chocolate in Damascus (before the troubles) and couscous in Sicily. Along the way I have picked up five languages and can manage in a few more, including some Arabic. 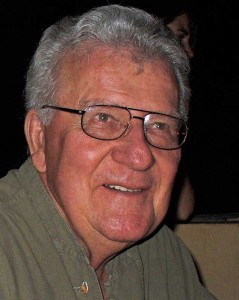 A book, When All The Lands Were Sea, on my time with the Marsh Arabs of Iraq, prior to Saddam Hussein’s mostly successful effort at destroying this ancient civilisation, was published in December 2014. (See Book).

My last assignment, in 2015, at the age of 84, was to Morocco.  In 2017 I held a retrospective exhibition, titled ‘Other Worlds’ featuring some of my favourite images.

Now living with my English wife, Annabel, in Dorset, south west England, I have been busy writing my book ‘Stuff Happens – the Far from Humdrum Life of a Photojournalist’ which will be published in early 2022. The text will be illustrated with over 250 of my images from my travels on assignment across the world over the last 60+ years.

I am always happy to discuss my work and photos, so do get in touch with me via my Contact page.