Stuff Happens. The Far from Humdrum Life of a Photojournalist 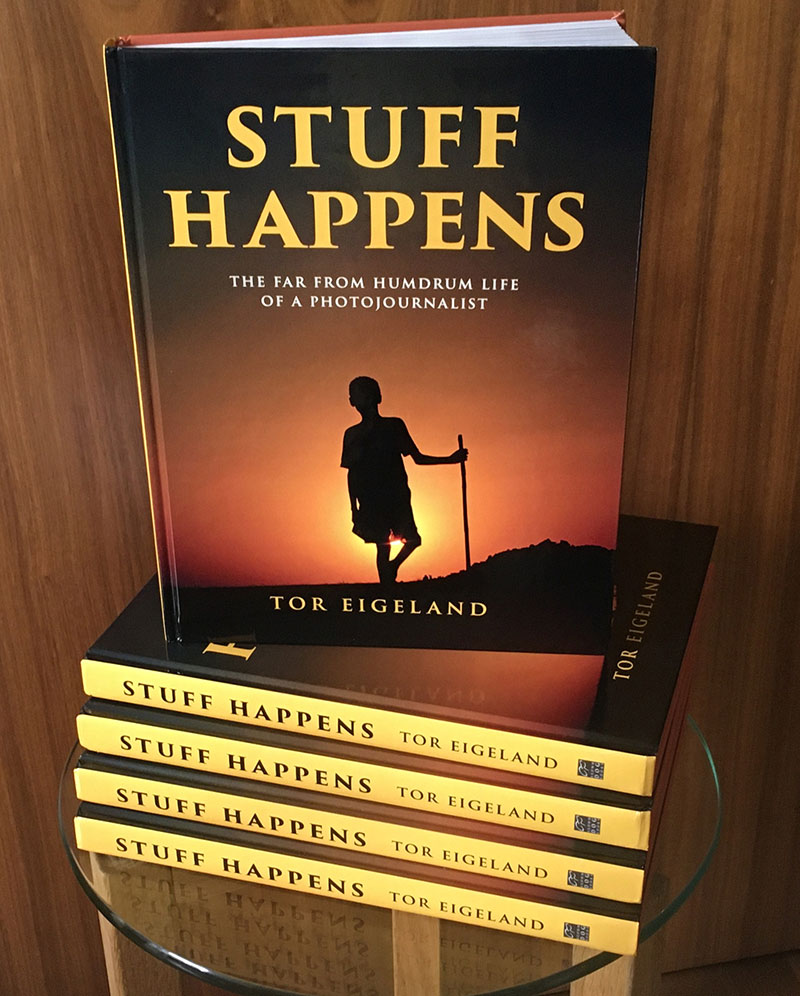 Stuff Happens, hardback and e-book, is now available to order from Amazon.co.uk, and most Amazon sites worldwide. Also through online UK bookshops and from Book Depository (free international delivery).

To SAVE £5 – use discount code:
stuffhappens5
Buy from Brown Dog Books

“Magical, but down-to-earth, a life of adventurous travel wreathed in curiosity and friendliness.  Modestly presented, a wonderful way to experience the world, and full of charm.”

“Fascinating … This charming and vivid memoir recalls surreptitious escapades, dangerous encounters, and more than a good bit of luck.”

“Tor Eigeland’s book is a tour de force, from a time that feels long ago, by a photographer who had the privilege and intrepid spirit to show us the world. Like his colleagues at National Geographic and the other great picture magazines of that period, globe trotting photojournalists showed us the world as it was.”

In Stuff Happens, Tor Eigeland looks back on a life packed with adventures, starting in 1947 when he set off from his hometown of gray post-war Oslo – aged just 16 – as a deckhand bound for exotic Shanghai. 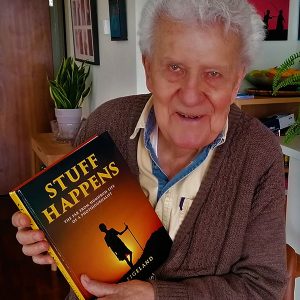 The book then covers exploits in Canada and Mexico in his 20s before his insatiable desire to see and experience more led him into photojournalism and a world of excitement and delights as well as moments of tension and fear.

Tor Eigeland recalls stories he covered and tells anecdotes with warmth and compassion showing an engaging sense of humor and an ability to connect with an amazing cast of characters and cultures across the world.

Illustrated with over 250 photographs, Stuff Happens shows the power of using an image to tell a story.  “Sometimes, when I get a really good shot, I can feel it, like getting goosebumps,” Tor says.  “How did this happen, I ask myself, how was I so lucky to be here?”

As a freelance photojournalist and writer Tor has contributed to numerous magazines and publications, including ten National Geographic books.